No Mojo, MISTI and no line coloring

I was rolling along pretty well with my crafting and then without any warning my mojo flew the coop. I'm hoping it comes back soon as I miss it.

I did get a new tool this week, the MISTI. It was one of those things that I've seen stampers talking about but didn't think I needed until I started watching some videos about it and saw it in action and then I decided I needed it. LOL! I've only used it a few times so far but I do like it and think it will be very useful.

I feel like I must share some of the videos that inspired me to get it, you know that whole enabling thing..hehe!

http://understandblue.blogspot.com/  She has many amazing tutorials/videos if you take a stroll through her blog.

http://understandblue.blogspot.com/2015/05/dont-be-prepper-except-for-zombie.html   I found the quilting templates at Michael's. I was so thrilled to find her videos on the MISTI as it helped me see a way to use rubber cling mounted stamps as well as the clear stamps.

http://understandblue.blogspot.com/2015/04/misty-with-misti-heh.html  How cool is this!

http://understandblue.blogspot.com/2015/02/if-i-could-find-person-who-invented.html  This is what sold me on the MISTI!

http://www.inkyfairydesigns.com/ Another blogger/friend who has so many amazing tutorials and creations, take time to scroll through her blog!!

http://www.inkyfairydesigns.com/2015/09/watercolor-wednesday-greeting-farm.html  Another example of how cool the MISTI is for working with no line coloring...which brings us to...

No Line Coloring. I've seen it around blog land for a long time but never been brave enough to try it. Until the MISTI. Until today.

First, I know some of you are wondering what it is--it is stamping your stamp in a lighter color and then coloring it so there appears to be "no lines" vs. when you stamp in black ink then there are "lines". To me the no lines colorings look more like paintings, more realistic than traditional "lines" stamping.

I tried stamping this fun stamp from Some Odd Girl in Memento Desert Sand ink to try the no line technique and then also did a version in Memento Tuxedo Black ink. {forgive the less than awesome photo as I just used my phone for it} 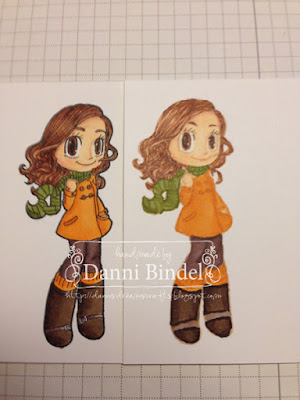 I used the exact same copic markers on each. I will say I have A LOT more practice ahead of me for the no line technique. I think in my mind I was still trying to fill in those lines instead of letting them be. Regardless, it was super fun to try and I will try it again and hopefully learn and improve as I go.

In case you've never seen this technique, here's some examples of it done right~

https://www.pinterest.com/dannisdreams/lets-color/  My Pinterest board on all things coloring--there's lots of examples here.

If you made it this far, pat yourself on the back!! I know there's lots of links and such on this post but maybe they'll inspire you like they have me!

Hopefully I'll be back soon to share a card. Until then..happy crafting!
Posted by Danni at 7:18 PM

Now I understand the no line thing! I think I like the lines better. thanks for all the links. I love my misti and it is just one of those tools I keep close now!

You, my friend, are the reason I love sharing my passion with others! I'm thrilled that you jumped out of your comfort zone to try new things. I look forward to seeing you do the no lines coloring more and I have to say, the MISTI has been one fine investment. I can't wait to click through and watch what other ideas Lydia has for this awesome tool! **hugs**

Very interesting post Danni!! Your coloring looks fabulous here and I do have my MISTI and really should use it more often! :)

I'm going to have to check these links out.....enabler! Lol

Danni
Just a crafter who loves to stamp, color and make cards!

Promote Your Page Too 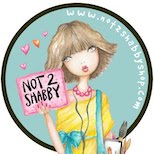